In January, the Toronto housing market had fully recovered from the 2017 and 2018 dips, and by end of February, prior to the COVID-19 pandemic, the market was on a red-hot trajectory.

By the end of March, we saw double-digit gains in housing appreciation, some of the lowest mortgage rates in history, and a market with one of the lowest inventories on record. All in all, the average price for a home in the City of Toronto was $987,787, surpassing the 2017 apex of $943,947, which was right before the provincial government artificially froze the market with the introduction of the Fair Housing Plan.

In April 2020, the global economy was ordered, as COVID-19, then declared a pandemic, spread around the world in fewer than 90 days from its first reported case. Everything came to a sudden and very abrupt stop.

The media had a field day; people couldn’t get enough. When our province was on lockdown in April and May, the real estate market was ordered closed by law. Other than absolutely essential deals, ones that were already in the works, we were not to market, actively pursue, or otherwise operate, in any way. In the beginning no one at the time knew how to safely navigate the panademic such as how banks would work, or how appraisals and inspections would be scheduled. However, by the end of May, change was afoot and people and businesses adapted.

On Bay Street, the economists were clear. They looked at the mounting economic carnage and thought there is nowhere to go but down. The Canada Mortgage and Housing Corporation, the Big-Six banks, and numerous experts all released reports indicating there was a bubble about to go bust, that a crash was coming, ahh the sky is falling!!!

But Bay Street has been getting Main Street wrong for more than a decade.

Even with a pandemic and massive job loss, they did not get it right. The resilience of the Canadian housing market, and specifically the GTA market, is neither a mystery nor unnatural.

It’s the result of record-low mortgage rates, tight housing supply, and a country that’s simply a great place to live and work. People want to be educated and raise their families here.

Rather than watch the GTA market burst and go bust, we instead saw the real problem, that Ontario has failed to address for almost two decades. A problem that has persisted and caused the housing prices to keep rising: tight housing supply.

The moment people were allowed to move, they did, and in July, August, September, and October, we saw month-over-month records and year-over-year appreciation. In fact, November and December demonstrated another period of strong market growth.

The number of homes for sale at any given time is at a record low across the country. The Royal Bank of Canada reported that the majority of Canada is experiencing the tightest demand in relation to supply seen in nearly two decades. At the end of September, there were just 2.6 months of inventory nationally. That restricts supply, which increases prices if demand remains unchanged.

Fewer listings create a housing market that clearly favours sellers. Buyers are forced to become savvy, prepared and knowledgeable if they are to find a home that works for them. Listings now spend about 26 days on the market.

As a result of this ultra-competitive GTA market, which sees bidding wars between 30 and 40 offers, sellers are reaping high-net returns on the sales of their homes. The average home price in the City of Toronto at the end of November was $979,724, and in the GTA it’s $955,615. That is a year-over-year increase of 12.6% for Toronto and 13.6% for the GTA. In the GTA, we’re seeing numbers that one would have never dreamed of— the average price of an Oakville home is now over $1.2M, while Brampton has under a month of inventory, and the average price for a home in Durham is over $700,000.

However, the pandemic has softened Toronto’s core, but record-low borrowing costs have provided buyers with more choice. Most white-collar jobs have seen a shift towards remote working, and that’s allowed people to reconsider what type of home they want to live in, and where they want that home to be.

A huge wave of residents have relocated from tiny downtown condos into the 905 regions, where they have more space and where they may be closer to family.

With the average five-year fixed interest rate hovering around 1.99%, buyers have much more purchasing power. I want to illustrate the options a typical young family has now versus what they had before the pandemic and, by extension, the reduction in mortgage rates.

That extra $430 per month instills confidence in buyers that they remain below budget and not become house poor, which is a reality of living in Toronto. The new rates also provide a whopping $100,000 in additional purchasing power, and it enables a bigger, more stable move.

Is anyone still wondering what’s driving the 905 to new heights? Wait until the Covid Baby Boom comes into effect next spring and, watch the townhome and semi-detached markets hit new records.

The fact is that 2020 was a record-breaking year for home sales, according to the Canadian Real Estate Association. Resale home sales jumped 46.5% in September, and with an additional 20,000 transactions logged, it was the busiest September on record.

With positivity building now that a COVID-19 vaccine appears ready for distribution, and the economy reopening as a result, you can count on airports and the door to immigration opening back up as well. In fact, Canada has aggressively increased its immigration quotas, and each of the next three years will see record numbers of new entrants.

Moreover, universities and colleges will also reopen, and demand for housing from students will extremely high, especially in downtown Toronto where most of the major institutions are located.

All the aforementioned factors point to the housing market remaining strong and growing as we exit this horrible health crisis.

With our strong, competitive market, homeownership, whether as an end-user or investor, will remain the safest, best way to grow your wealth. 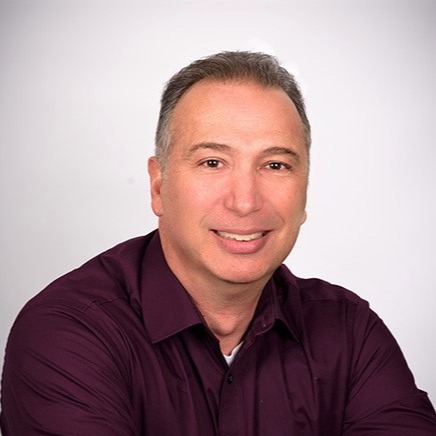 In January, the Toronto housing market had fully recovered from the 2017 and 2018 dips, and by end of February, prior to the COVID-19 pandemic, the market was on a red-hot trajectory.By the end of

The Hidden Costs of Homeownership to be Aware Of

The Hidden Costs of Homeownership to be Aware OfAnyone who owns a home knows that there are many additional costs associated with owning a home. Many first-time homeowners base their decision to buy

By setting up an account you agree to receive updates on listings by these means. *

I would also like to receive email newsletters and periodic updates about real estate in my area and other related communications from Ron Bragagnolo. I understand I can withdraw my consent at any time by clicking the unsubscribe link contained in the email. In addition, you also agree to our Privacy Policy and Terms & Conditions.
REC Canada 8 Sampson Mews Suite 201, Toronto, ON M3C0H5